This year I got very motivated to improve the code in the project I was working on. The classes were long and methods confusing. I wanted to learn how I could adjust the code so it took me and my colleagues less time to understand it. I decided to read a very popular book “Clean code by Robert C. Martin”. In this blog I would like to share 5 things I learned from this book.

If you are working with a project that has a lot of big bulky methods, it might be useful to use semantic highlighting. This is a functionality to set a highlighting color to a certain parameter or variable. This will help you to differentiate between variables with similar names. If you are using IntelliJ go to Settings > Editor > Java. Choose desired colors and you will see a preview of the result. 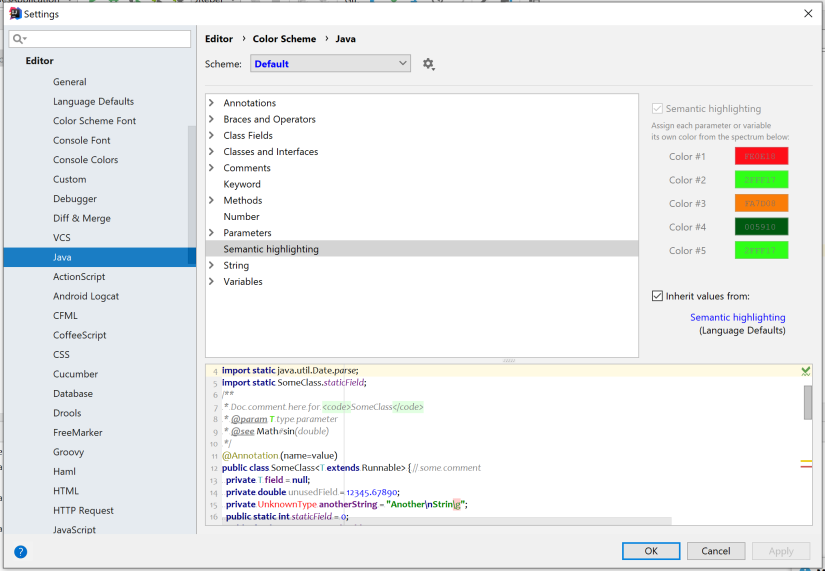 What is the side effect here? Well it is the Session.initialize call. So this method does more than one thing.

I have witnessed debates between programmers about comments. Some say code should explain itself and comments are not necessary. Others say that code without any comments is not possible. The stand of clean code on this is very clear since it calls the usage of comments failure of programmers. Here is an example of a misleading comment:

This comment is first of all redundant and also misleading because it does not return when but IF. If just by reading the comment a programmer calls the method he will waste a lot of his time if closed is not true.

So this chapter taught me the importance of formatting in a class. How the blank lines should indicate the start of a new concept between code, for example a blank space between the package declaration and the imports can help programmers to understand code more quickly. Code formatting is a way of communication. The functionality is not the most important thing because there is a big chance it will look different in the next release. Readability of the code however has a greater effect on the project.

If you have a class with lots of methods it is useful to place methods that call each other, vertically close. The one that calls the method, caller, should be above the method that is being called. This improved the natural flow when reading a class. A programmer knows where to find the method he is looking for.

To separate concepts of code we can add a blank space, to indicate relationship we should limit space, for example limit space between a field and a method. For example see difference between image 1 and image 2.

Every developer can have a preference for formatting rules but when working in a team you should come to an agreement. Take some time to agree on indent size, placing of braces, naming classes, variables etc. Use the IDE code formatter to encode the rules so you stick with it.

These are the 5 things I learned from clean code, but there is much more to learn. I hope my blog inspired you to read the book. 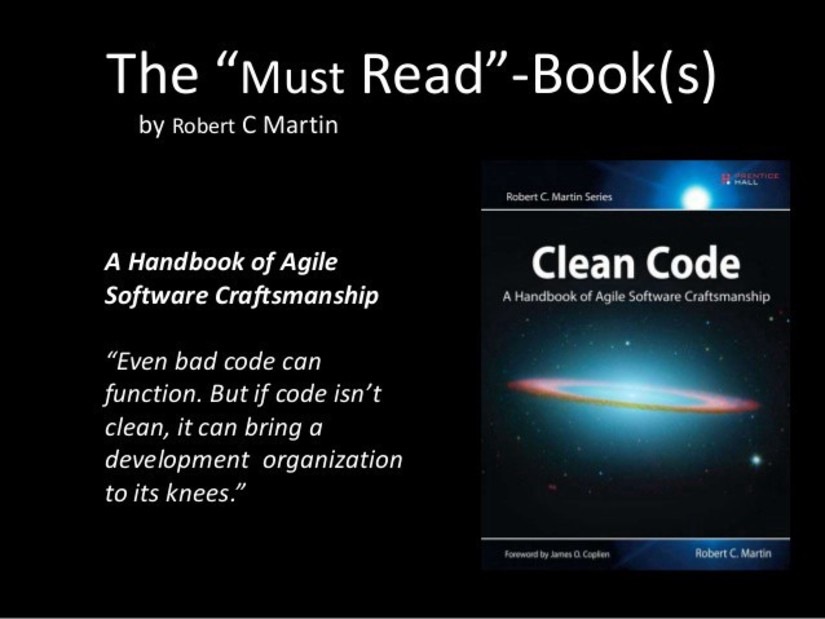