Cost efficiency while using the containers

In the cloud, containers provide a containerised environment enabling your code to be built, shipped and run anywhere. This can be simply done by just running your code without setting up your operating system.

Coming with such benefit, AWS Elastic Container Services (ECS) is a a highly scalable, fast, container management service that makes easy to run your containerised code and applications across a managed cluster of EC2 instances. You will need to optimally scale and fit ECS containers in an EC2 instance for the efficient usage of your resources in the cloud. This means you should ensure that resources such as CPU and Memory units are enough for your largest container to scale out and efficiently reserved so that your containers can fill the instances in your deployment.

The table below provides the values of the CPU and Memory reservation for each EC2 instance type. You can use this information to pick optimal values for the CPU and Memory that will be assigned to your containers. This will be further explained in the examples that follow.

❗️You can also find this information in yaml format here 👈 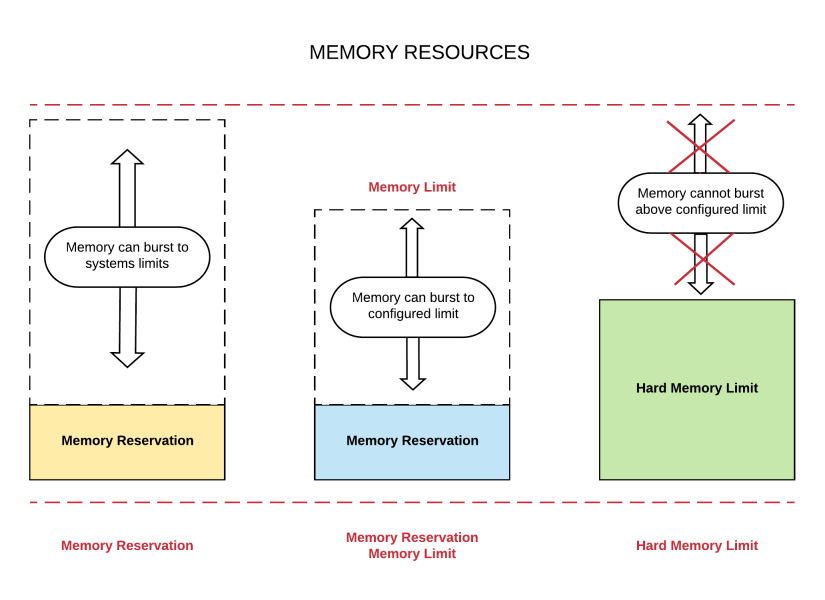 How the data can help you to optimally scale and fit ECS containers in an EC2 instance?

Based on the soft/hard limit of CPU/Memory reservation, the approach of solving our current issue is taken according to the following steps.

The related examples are given below.

Imagine that your largest container requires 332 memory units. If you choose t2.micro as the EC2 instance type which offers 993 memory units, you can fit 2 containers in the instance (993/332 = 2.99 containers). However, if you choose t2.small which offers 2001 memory units, the memory resource would be more efficiently used because 2001/332 = 6.02 containers and not using the leftover 0.02 containers would be less wasteful than doing this with the leftover 0.99 containers. In this way, your containers fit more efficiently in the t2.small instance than in the t2.micro instance. The next question is how we can calculate CPU for your container. The amount for CPU units you can easily calculate using this ratio:

The examples above are indeed based on the important idea: available resources should be used up for the sake of the efficiency. Therefore, in case you have troublesome after some time to find an EC2 instance type in the table that suits your needs, there are two options being advised: